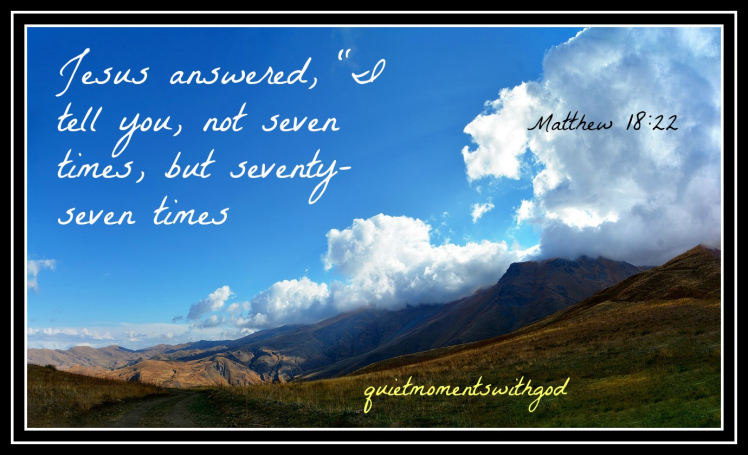 It was a rabbinical doctrine that a person had to forgive their fellow man three times. They believed that God’s forgiveness covered three transgressions and that he punished the fourth. Peter, the rash disciple with his impulsive nature, answered his own questions by saying that we should forgive seven times. Peter expected Jesus to compliment him, but Jesus answered that the Christian should forgive seventy times seven. there is indeed no limit to the Christian’s forgiveness.

Jesus tells the story of a servant who was forgiven an enormous debt, yet soon afterwards he had no mercy on a fellow servant who owned him a much smaller debt. This message runs through the entire New Testament like a golden thread: You must forgive others to be forgiven yourself. Those who cannot forgive others dare not expect God’s forgiveness. Godly and human forgiveness must go hand in hand.

In Jesus’ story the fact that stands out in the size of the two people’s debt. The point Jesus is making here is that nothing we do can be compared to what humankind did to God. If God forgives us our sins, we must also forgive others. We were forgiven an enormous debt that we would never have been able to pay, because our sins brought about the death of the Son of the Living God. We can find mercy in God’s eyes only if we forgive others like God forgave us.