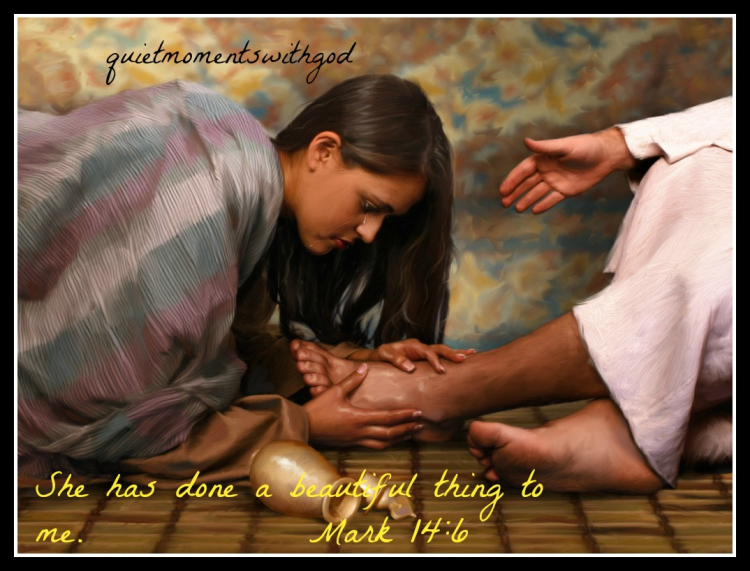 Spikenard, also called, nard, nardin, and muskroot, is a class of aromatic, amber-colored essential oil derived from Nardostachys  jatamansi, a flowering plant which grows in the Himalayas of Nepal, China, and India. The oil, since ancient times, has been used as a perfume, as a medicine, and in religious contexts, as an anointing oil. In the New Testament, two days before the Passover, Mary, sister of Lazarus, anoints Jesus head. The costly perfume she used came from an alabaster jar, and contained nard. And it was Judas Iscariot, keeper of the moneybag, who asked why the ointment was not sold for three hundred denarii instead (about a year’s wages for an average agricultural worker of that age in time).

Mary was the only one who believed Jesus. Whenever he spoke of his death, the others shrugged or doubted, but Mary believed. Mary believed because he spoke with a firmness she’d heard before. “Lazarus, come out!” he’d demanded, and her brother came out of the tomb. And as Mary kissed the hands of the brother that was once dead, she turned and looked. Tear streaks were dry and the teeth shone from beneath the beard, Jesus was smiling, and Mary knew she would never doubt his words again.  By pouring the oil of the head of Jesus, Mary knew that his time was coming for his death, and what she did, she did out of love for her friend, and Lord and Savior Jesus Christ.

2 thoughts on “The Anointing Oil”