He was despised and rejected by mankind, a man of suffering, and familiar with pain. Like one from whom people hide their faces, he was despised, and we held him in low esteem. Surely he took up our pain and bore our suffering, yet we considered by him punishment by God, stricken by him, and afflicted. But he was pierced for our iniquities; the punishment that brought us peace was on him, and by his stripes we are healed. We all, like sheep, have gone astray, each of us has turned to our own way; and the Lord has laid on him the iniquity of us all. He was oppressed and afflicted, yet he did not open his mouth, he was led like a lamb to the slaughter, and as a sheep before its shearers is silent, so he did not open his mouth. By oppression and judgement he was taken away. (I 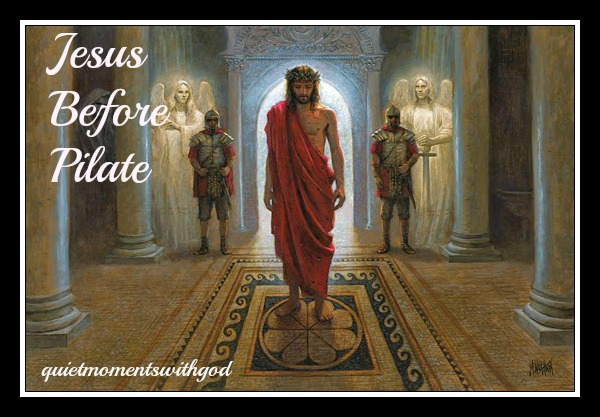 These were the words from the book of Isaiah Chapter 53:3-8, Isaiah was a prophet hundred of years before Jesus, yet he foretold this event. The most eloquent of the prophets was Isaiah, analyzed the failures of all the nations around him and pointed to a future Messiah who would bring peace to the nation and to the earth. He was a King, the Most High King and yet His Kingdom was not of this earth, His Kingdom is like no other. Therefore God exalted him to the highest place and gave him the name that is above every name, that at the name of Jesus every knee shall bow in heaven and on earth and under the earth and every tongue will confess that Jesus Christ is Lord, to the glory of God the Father                                              ( Philippians 2:9-11 )

Grace and Peace to You my friends